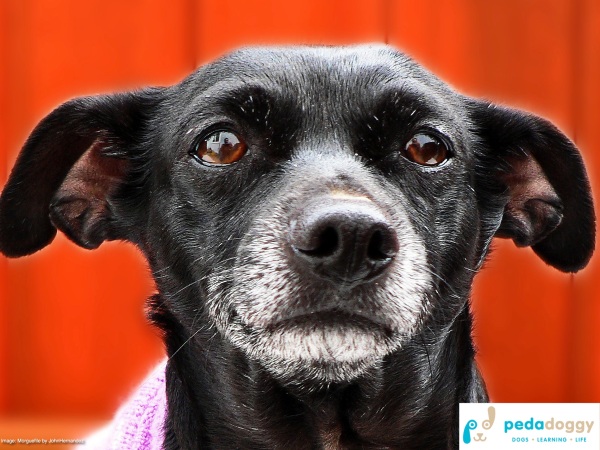 Is it just me or are there more people in the world, now more than ever, who think nothing of torturing dogs for pleasure or just pure perversion?

Or is it just a trick of perception? Perhaps it’s because there are more humans in the world in this moment than ever before and therefore statistically there are more who will do wrong? Or is it that our social media and Internet feeds bring information we’re interested in to us and by default my interest in dogs narrows my information world to more news stories about them, both good and bad? Similar to that perception trick where you buy a new car and suddenly you only see that make and model on the road around you – the car was there before but your cognitive bias means that suddenly you’re more aware to it.

Or is there something more sinister at play with people becoming crueler because of the pressures of living and the breakdown of family structures causing them to lash out at the animals who can’t defend themselves? Is it correlated to the ghastly rise in family and domestic violence in our community? It’s clearly a complex issue and while I’m not qualified to speculate on the reasons why these horrors occur in our society and how we address them, I do believe that animals are often the collateral damage.

It seems that my Facebook feed every day is full of dogs who have been shot, chained, beaten, driven over, tied to railway tracks and, in one of the most horrifying videos I’ve ever seen, blasted into oblivion by having fireworks attached to it and set off just for the kicks of a group of teenagers. That’s not including those who are left alone in backyards day in and day out, or worse, chained there with no shelter from the elements or any interaction.

According to sources on the Internet, there are many reasons why people abuse animals – broadly categorised as either active or passive cruelty. These range from not realising they are hurting them because they don’t regard them as being able to experience discomfort or pain; they do it without thinking or under peer pressure, to control the animal or another person or, transference of emotions such as anger or worst of all, they simply like inflicting pain. Studies have also shown that children who injure or abuse animals are more likely to hurt or murder people as they get older.

Luckily in some places, legislation is catching up to help animals by putting in punishments for the humans in an attempt to make them realise that it’s wrong. Earlier this year it was heartening to hear that animal cruelty is now being considered a “crime against society” by the FBI. Starting in 2016, those who abuse animals will be held just as accountable as someone who abuses a human including murderers and arsonists.

In Australia the penalties for animal cruelty vary by state – from as low as maximum $13,700 with a jail term of 1 year for individuals in the NT with WA leading the way with the harshest jail time of 5 years and QLD a maximum fine of $100,000. An obvious opportunity here would be to bring these to similar levels to ensure offenders are punished consistently across the country.

I have been thinking about writing this blog for some time now and feel I have come away with more questions than answers.

Apart from supporting animal rescue groups and reporting gross abuse – also important, I do think, however, that there’s something that each and every one of us can do daily that doesn’t necessarily involve storming a puppy farm and rescuing the animals.

It’s about the philosophy of ‘the standard you walk past being the standard you accept’. Call out poor dog handling. Recently I’ve saw someone I know drag their dog by a choke chain as they hadn’t been taught loose lead walking. I pointed out to the person why that was hurtful, harmful and damaging, and that it may cause aggression in that dog further down the track. I chose my words carefully and made sure they knew I was coming from a place of seeking a better outcome for everyone, rather than criticism. They listened to my logic.

So take action on the small and big things and hopefully, together, we can together make the world a better place for all the dogs who are it with us.